Wow, we are SO pumped for March's box! It's seriously so amazing and really inspiring to see someone who was born into privilege use their position to further the rights of those less fortunate.

We posted a few clues on our social media pages this month, did you see them? The first clue might have been the best giveaway but the other two really complete the picture of our SHEro. Have you figured out who we're featuring for March's box? If not, read on!

Keep in mind, this is a FULL SPOILERS post so we're getting into the exact details of every item in the March box. If you don't want to ruin the surprise, click back now!

March's box is all about... Eleanor Roosevelt <3 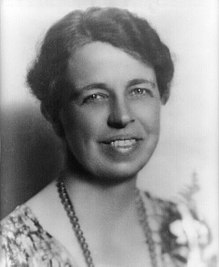 I'm sure we've all heard her name at some point... Her husband, Franklin Roosevelt, was President of the United States before and during World War II and she was the First Lady. Her uncle, Teddy Roosevelt, was actually also a President before that.

Eleanor served three terms as First Lady; the only one to do so. She was known as the "First Lady of the World" because of her commitment to fighting for others and lifting them up. There are lots of stories of her using her privilege and power, not just as First Lady, but as a rich, white woman, to challenge public rhetoric and the abhorrent social norms of the time.

Roosevelt brought activism and freshness to the role of the First Lady. Having known all of the twentieth century's previous First Ladies (again, she was born into privilege), she was quite unhappy about assuming the role which had traditionally been restricted to domestic duties. In fact, her first biography was subtitled the "Reluctant First Lady" which she ultimately overcame as she paved a new path for herself and future First Lady's to come.

One of the ways she did this was through her unprecedented use of the media. She held 348 press conferences over the 12 years her husband was President. She banned male reporters from attending, thereby forcing newspapers to retain female reporters in order to cover them. I'm sure at the time there was a lot of talk about her *audacity* <3

She's also well known for using the media as a two-way communication channel with women across the country and encouraged responses, typically mailed in to her, which she would then answer in magazines and newspaper columns. She also started a daily newspaper column titled My Day where she would talk about all kinds of things and did so for many years after leaving the White House.

Her love of journalism wasn't limited to print, though. She also hosted a twice weekly radio program called Mrs. Eleanor Roosevelt's Own Radio Show (which you can actually listen to here) where she talks about her youth, the White House, issues facing young people, housing rights, careers in nursing and more. Her aim was to encourage women to fully participate in American life. How neat is that!

In honour of Eleanor's journalistic side, March's box includes all things for kids to be real reporters. Read ahead for the tea! 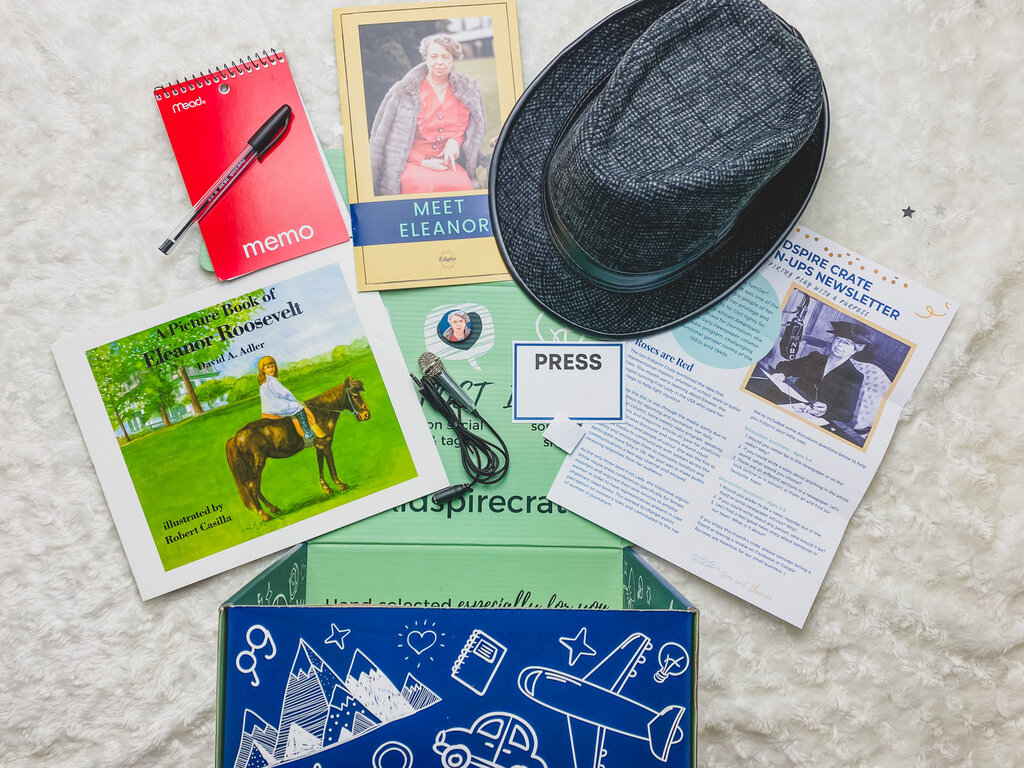 Kids will be absolutely delighted to become newspaper reporters out in the field with their new "Press" hat. It's also a great throwback to the press in Eleanor's day! And, like any good reporter, they'll have their trusty notepad to write down what they see and hear (hopefully they're interviewing you and not spying from behind the houseplant!). Kids will have tons of fun with their new mini microphone that can be taken with them for when 'stories break' or plugged into a real device for actual microphone capabilities. They can use it for both their newspaper stories and their own radio show!

BONUS! It's also a great opportunity to talk more about Eleanor's activism and her leadership in women's rights and the rights of people of colour.

Once your little reporter has a news story, they can flip to page 3 in the Eleanor Activity Workbook to develop their own front page! And of course this is a great time for them to do the other activity pages as well. Designed by a teacher, each puzzle helps teach them about Eleanor so there's lots of opportunity to learn about her achievements.

If you've been with us a while, you already know that every Kidspire Crate comes with an age-appropriate book about the SHEro. This month, we've chosen A Picture Book of Eleanor Roosevelt by David Adler. Although it's called a picture book, and does contain beautiful illustrations, it also provides a great, age-appropriate outline of her life and what made her a SHEro.

We've been absolutely delighted to share Eleanor Roosevelt with our subscribers and hope this article gives you the inside scoop on what comes in a Kidspire Crate. Our next box features someone else very well known, who had to take a stand for what was right, and set off an entire movement.

Think you already know who it is? Hop onto our mailing list below to be the first to know when next month's spoilers are up! 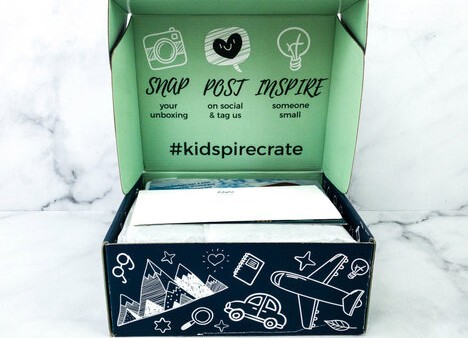